Best Universities in Europe: Which One Is Right For You?

Today, the university is home to over 18,000 students from more than 150 countries. The University of Cambridge is consistently ranked as one of the top universities in Europe and the world.

The University of Oxford is one of the world’s oldest and most prestigious universities. Located in England, this university has produced some of the world’s most renowned scholars, including many Nobel Laureates. If you’re looking for top-notch education and want to be surrounded by history, Oxford is the place for you.

Imperial College London is a public research university located in London, United Kingdom. Founded in 1907 as the Royal College of Science, it was granted a royal charter and became an independent university in 1988. Imperial has one of the highest proportions of students from state schools among top British universities.

In 2016/17, 67% of its UK undergraduates came from state schools. The university has an international reputation for producing world-leading research and attracting the world’s top scholars.

King’s College London is a world-renowned institution with a rich history dating back to 1829. Located in the heart of London, King’s offers its students a truly global experience. With over 26,000 students from more than 150 countries, King’s is one of the most diverse universities in Europe.

In addition to its academic excellence, King’s is also known for its beautiful campus and amazing student life. If you’re looking for an unforgettable university experience, King’s College London is the perfect place for you!

Founded in 1826, University College London was the first university in England to admit students of any religion. Today, it is a top-ranked research institution with a global reputation. Located in the heart of London, UCL offers its students a world-class education with access to some of the city’s most iconic landmarks.

If you’re looking for a university that will challenge you academically and provide you with endless opportunities for personal and professional growth, UCL is a perfect choice.

The University of Edinburgh is one of the most prestigious and renowned universities in Europe, and for good reason. The school has a rich history dating back to 1583 and is currently ranked 20th in the world according to the Times Higher Education World University Rankings.

But what really sets Edinburgh apart is its academic reputation – the university is consistently ranked among the top 100 universities in the world for employability, teaching quality, and research output.

Situated in the heart of Russia’s capital, Lomonosov Moscow State University is one of the country’s leading research and teaching institutions. The university has a rich history, dating back to 1755 when it was founded by Empress Elizabeth of Russia.

Located in the heart of the Latin Quarter of Paris, Paris-Sorbonne University is one of the largest and most prestigious universities in France. With over 60,000 students, it is also one of the most populous. The university has a long and storied history, dating back to its founding in 1257 by King Louis IX.

Today, Paris-Sorbonne University offers a wide variety of programs in several different fields, making it a great choice for students looking to study abroad in Europe.

ETH Zurich is consistently ranked as one of the top universities in Europe and the world. With its strong focus on research and innovation, ETH Zurich is an excellent choice for students looking to pursue a career in STEM.

The university also offers various courses in other disciplines, such as business, humanities, and social sciences. Located in the heart of Switzerland, ETH Zurich is surrounded by some of the most beautiful scenery in the world.

Ludwig Maximilian University of Munich, located in the city of Munich, is the largest university in Germany with over 500 years of history. The university is highly ranked internationally and offers a wide range of degree programs.

With a strong focus on research, Ludwig Maximilian University of Munich is an excellent choice for students looking to pursue a career in academia or research. Take A Look At This List Of Top 21 Universities In The World

Sharing Is Caring
Share This
Previous Best Content Idea Generator Tools For Everyone.
Next Legit Ways On How To Get Free Internet Or WiFi. 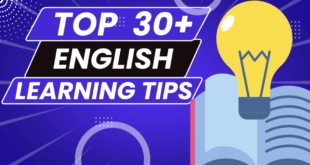